We might use this email to let you know about
Amazing promotions in the future! Thank you & Don't miss out on our Flash Promotion!

During this difficult time, we are offering a flash sale.
Learn more about the classes that help you stay creative at home. Enjoy the invitation! To get a 50% payback, enroll within the time limit. Hurry up!
GIVE 50%, GET 50% Get a friend to enroll in any of our courses & get 50% PAYBACK right away!
Facebook Pinterest Twitter Sculpt, Mold and Cast Your Own Custom Clay Figures to Make Replications 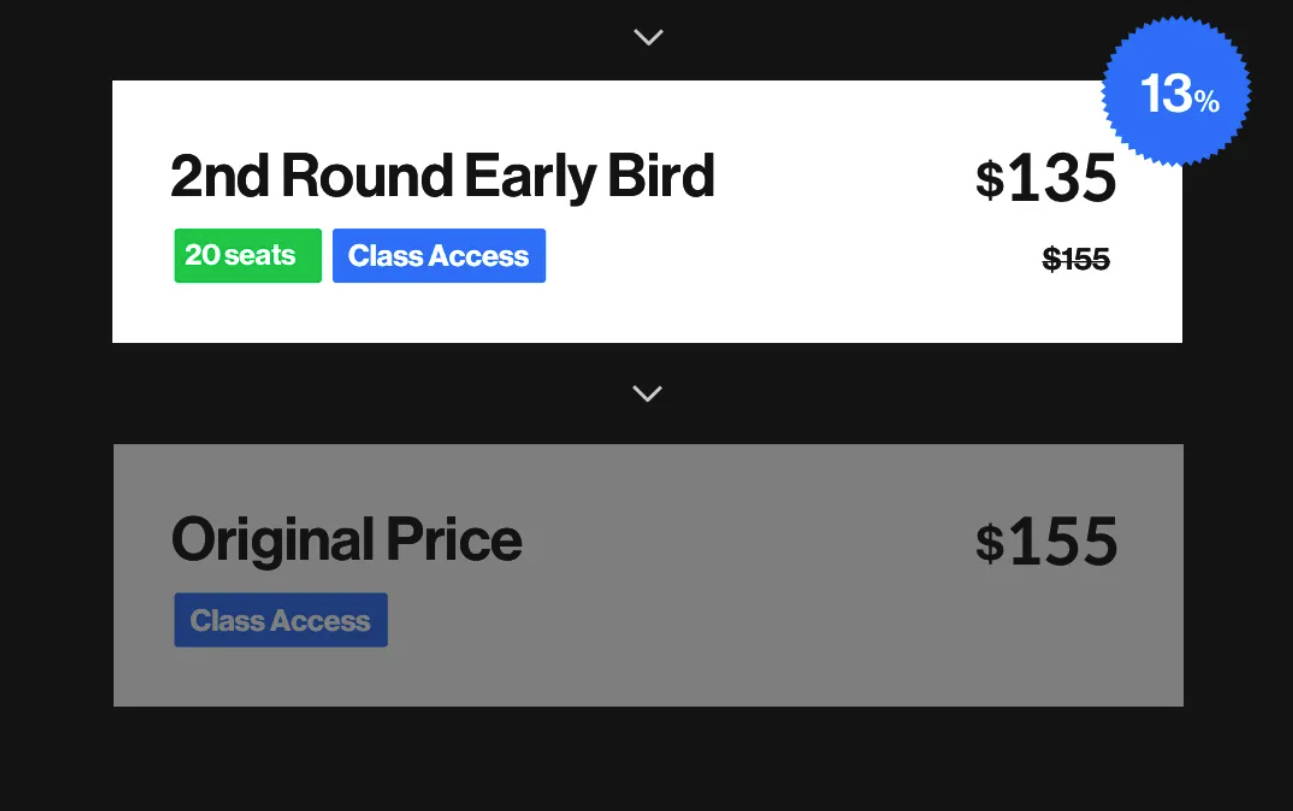 1. Go at your own pace in this 32-week online class
2. Artistic guidance & pointers from the instructor
3. Supportive peer community exchanging feedback
4. Class is in production. Start learning after July 9
5. Optional"Class Kit" purchasable before launch 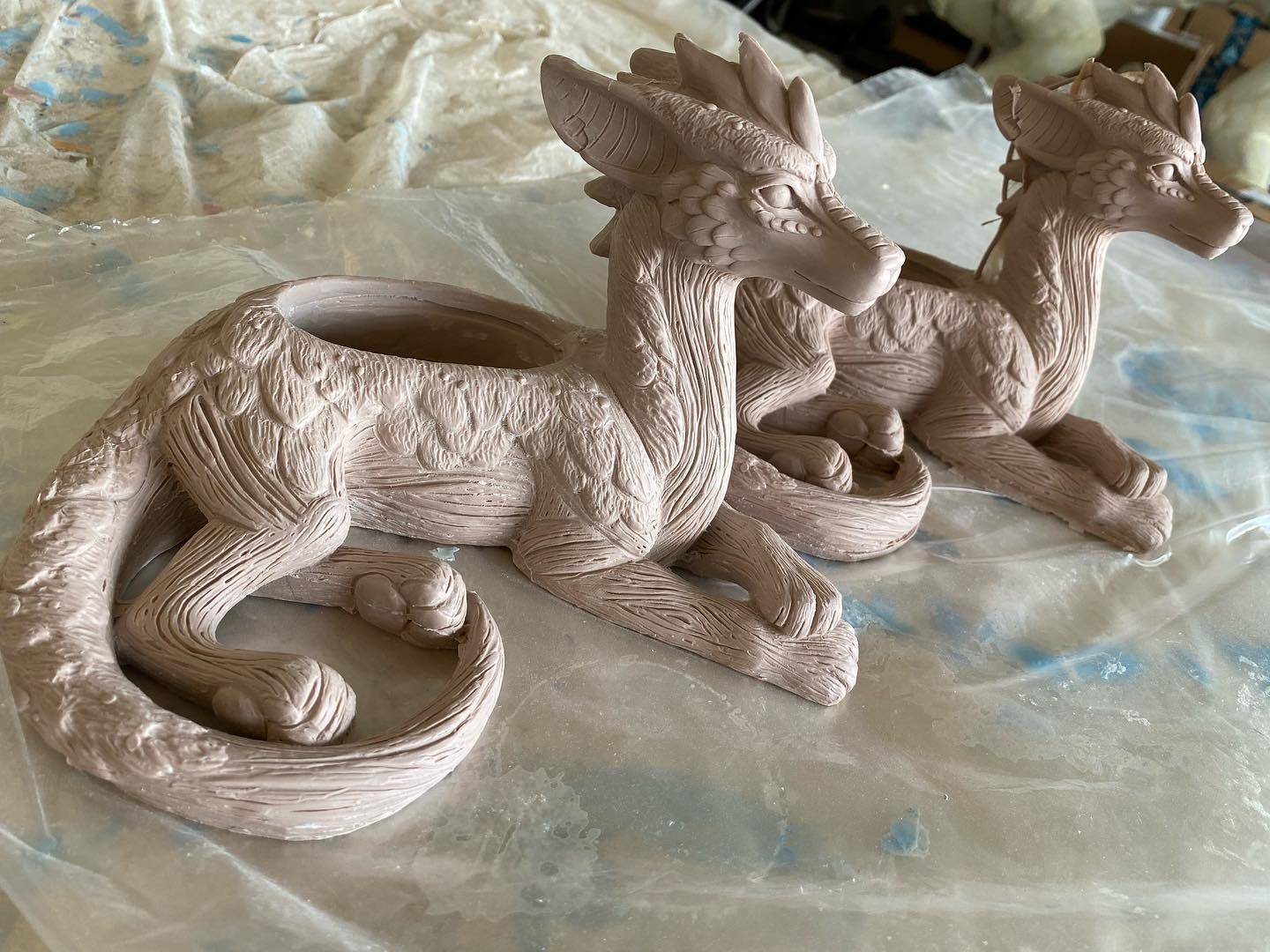 Learn how to sculpt, mold and cast your own custom figures 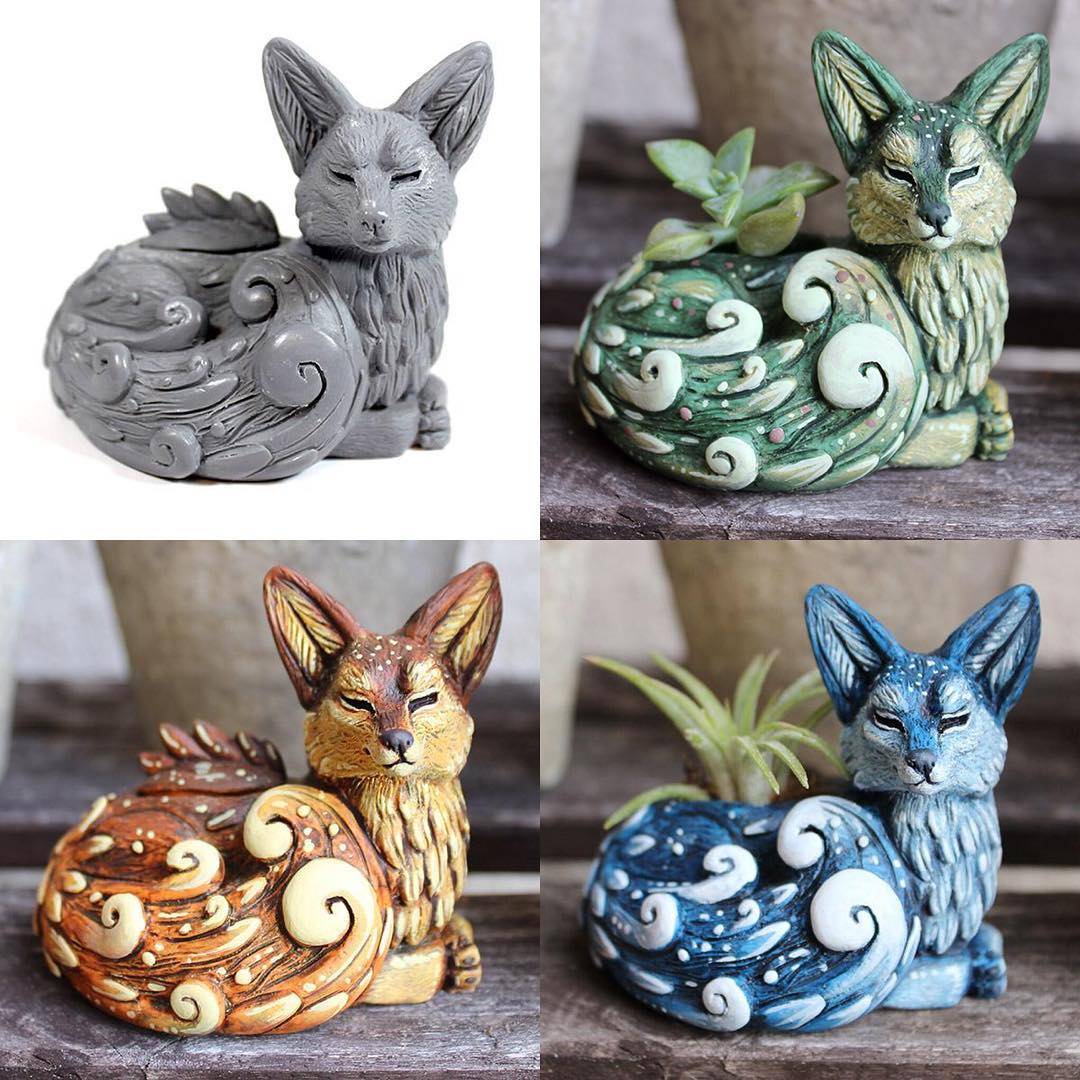 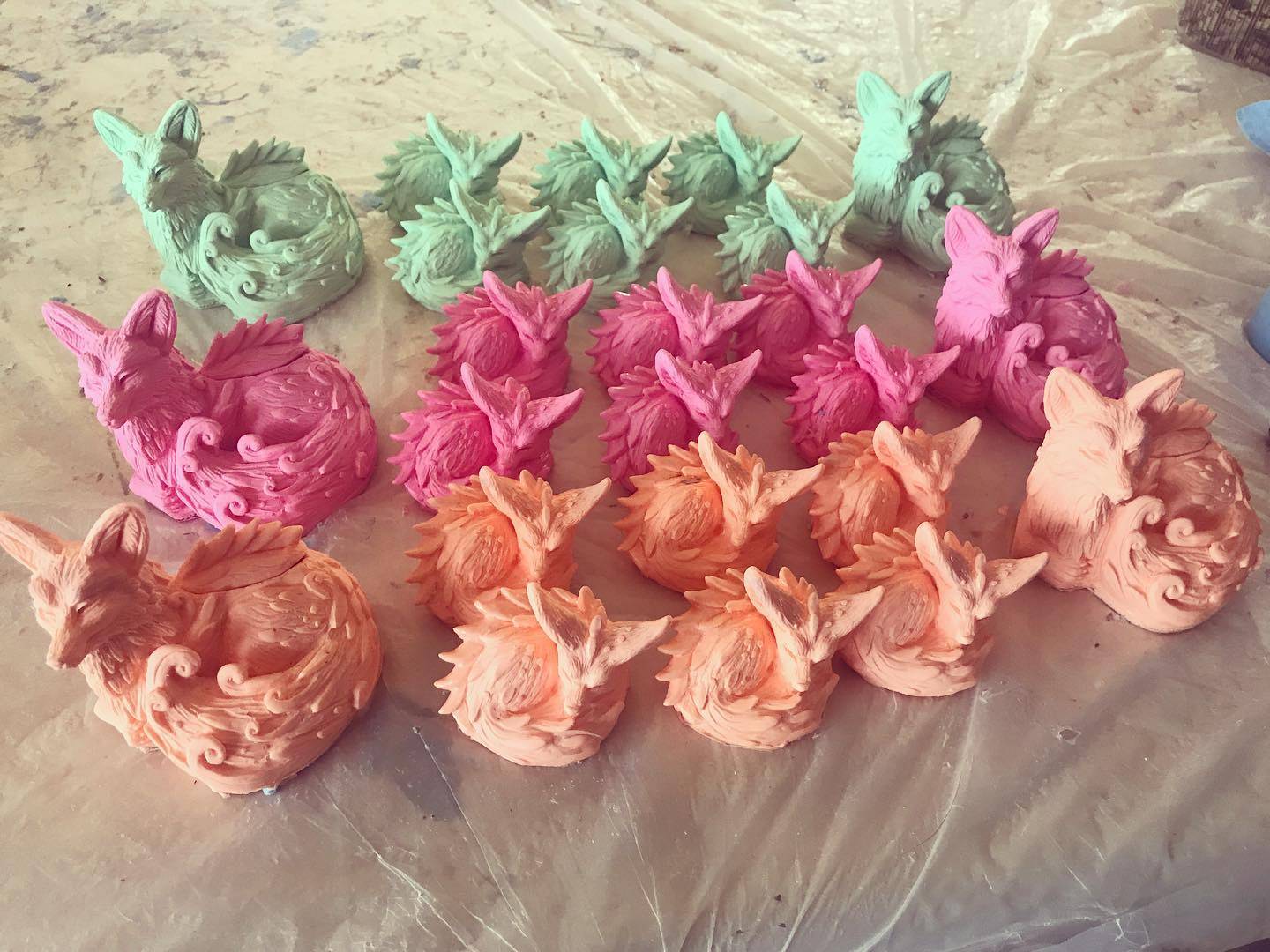 Bring any creation you can imagine to life 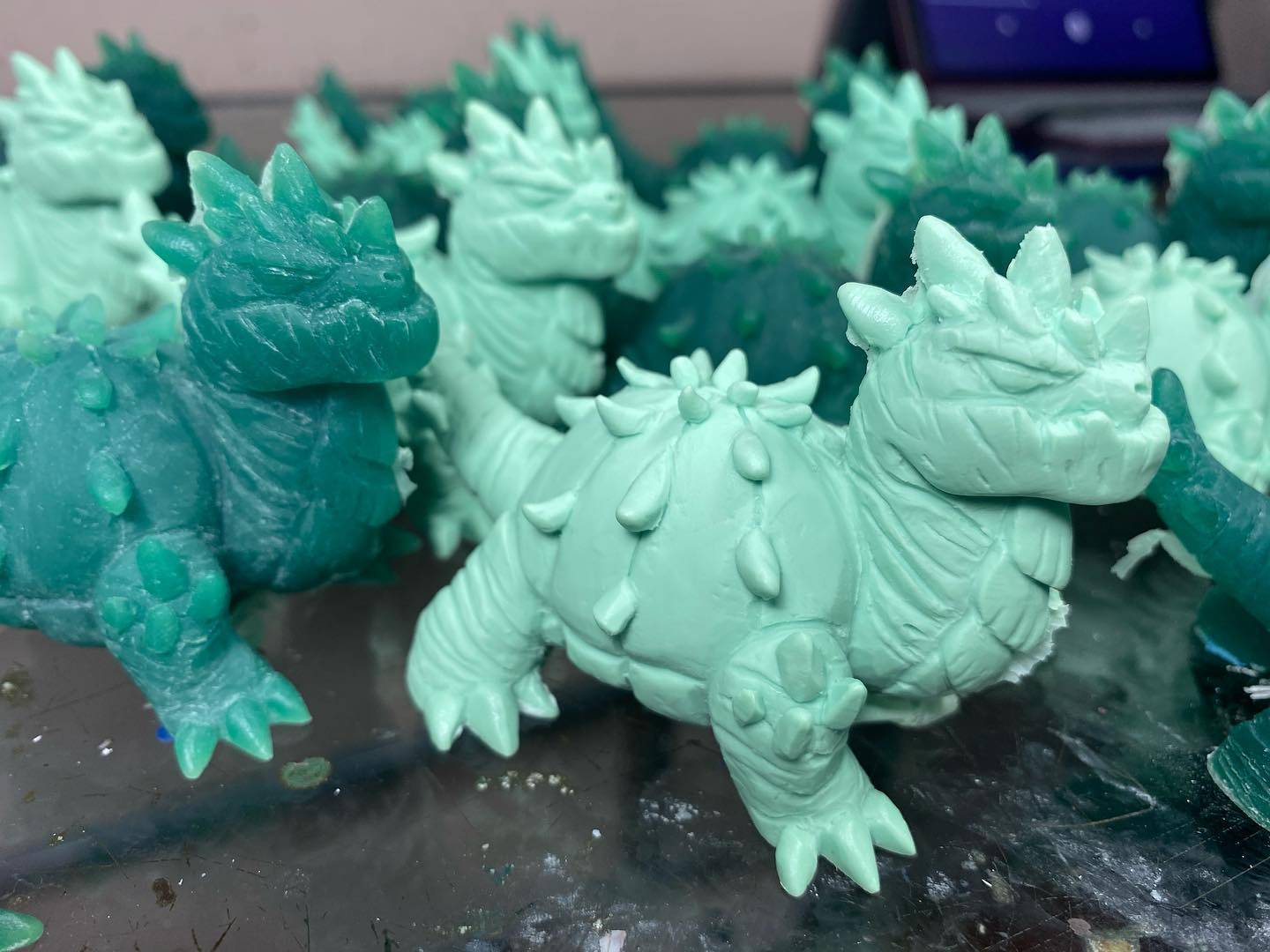 Are you a fan of designer toys? A fellow crafter looking for an efficient way to reproduce sculpted items? Or maybe you just have a few brilliant ideas you want to bring to life?

Jump into the world of figure and toy making with this exhaustive course on sculpting, molding, and casting your own line of small sculptures.

This course will walk you through every step I use to make custom figures. It is perfect for absolute beginners and intermediate crafters who want to learn how to make reproductions all on their own.

I will show my entire process of figure making from concept to finished product.

There will be an optional "Class Kit" package containing the materials needed when the course launches.

You will have the option of getting an all-in-one package delivered to you in the mail with everything you need to follow along from home.

You won't have to do any shopping or worry about ending up with the wrong materials. Everything you need to get started is here. 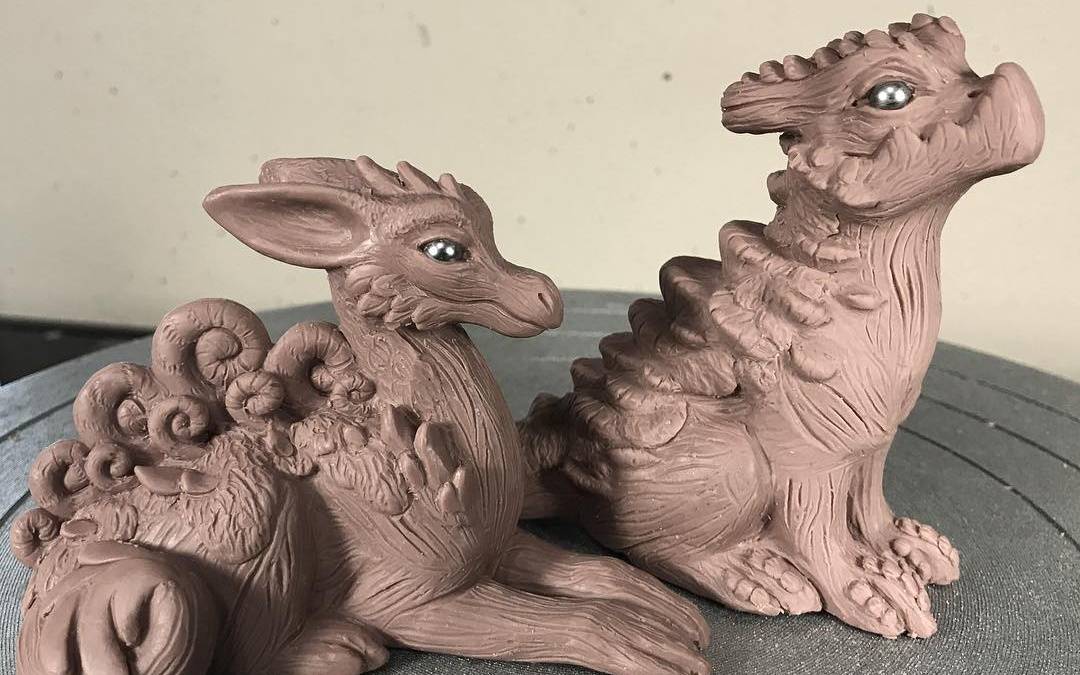 We will go through my process of making a figure from scratch. I will teach you about size constraints and how to make the best design choices for the molding and casting later on. Then we will sculpt a basic figure together as I point out them main sculpting techniques I use. 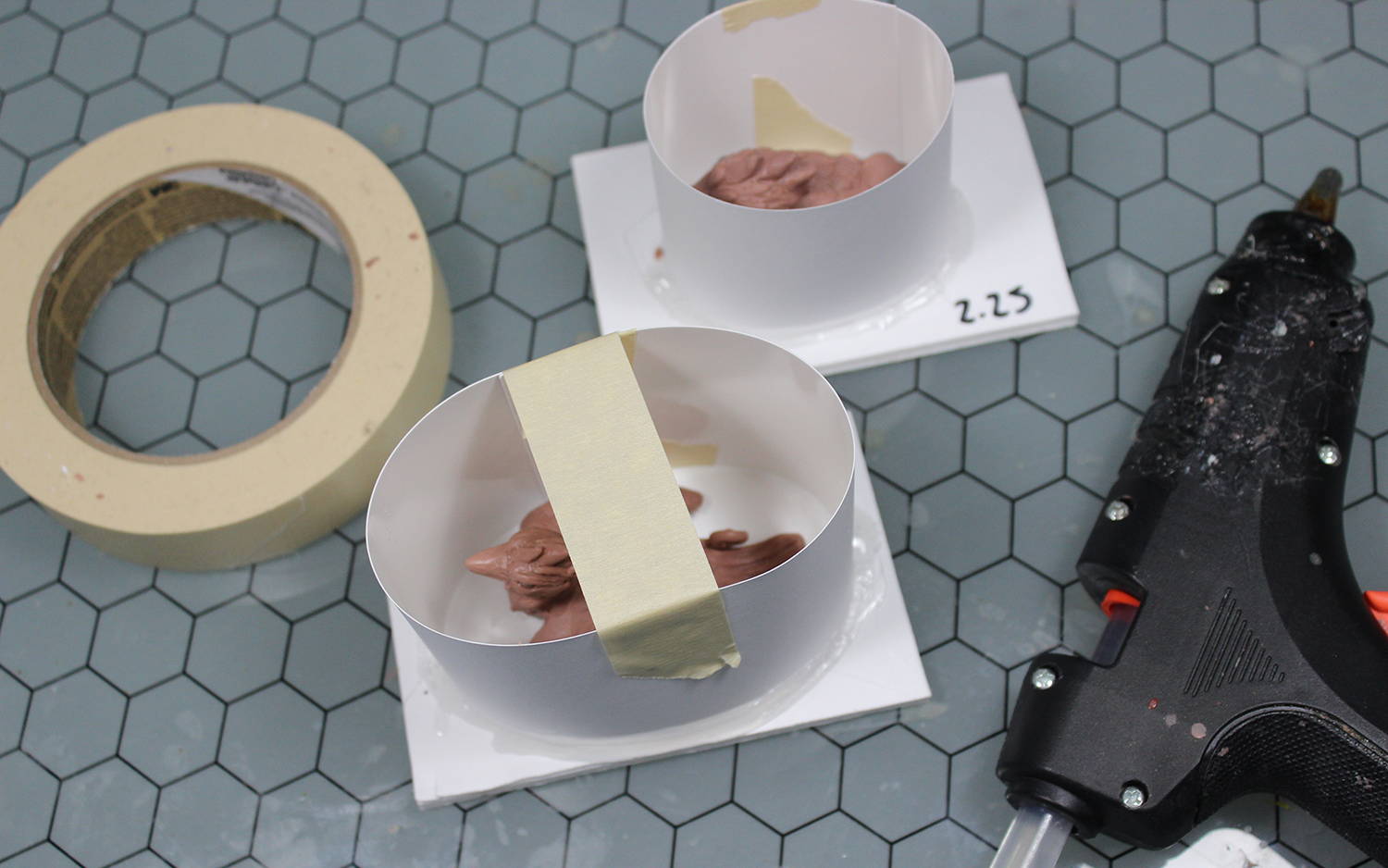 Next we will construct a simple mold box around the figure and pour liquid silicone into the box to create the mold. I will show you how to create good seam lines and mold cutting techniques. You will learn how to safely work with liquid silicone and to carefully remove your original figure. 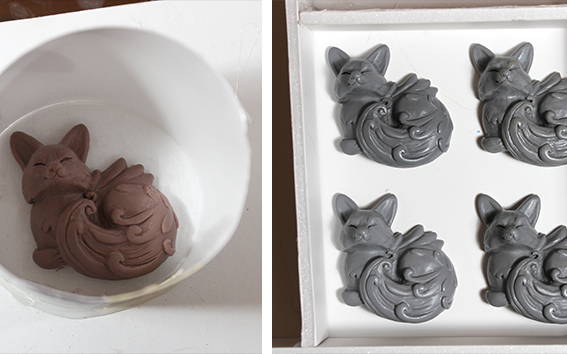 Using this mold we will be able to start creating duplicates of the original sculpture. I will go over tips like how to reduce air bubbles and what to look for to make sure that each batch comes out looking like the original. 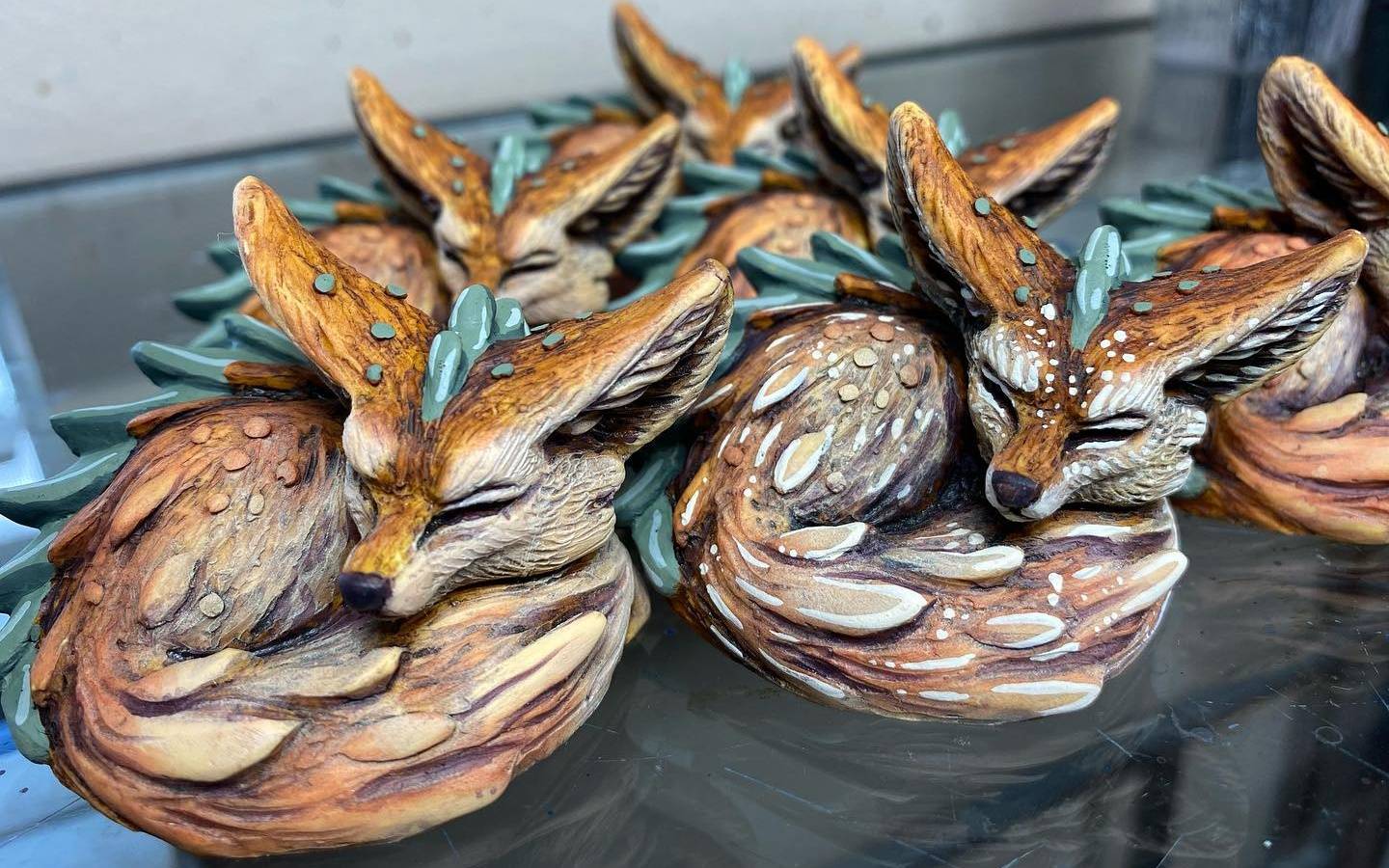 Step 4: Cleaning Up for Painting

I will show you how to sand down the seam lines of the duplicates and my method of filling in gaps or taking care of any leftover air bubbles. We will finish up your sculpture by primering it to smooth out the surface and get it ready for painting. 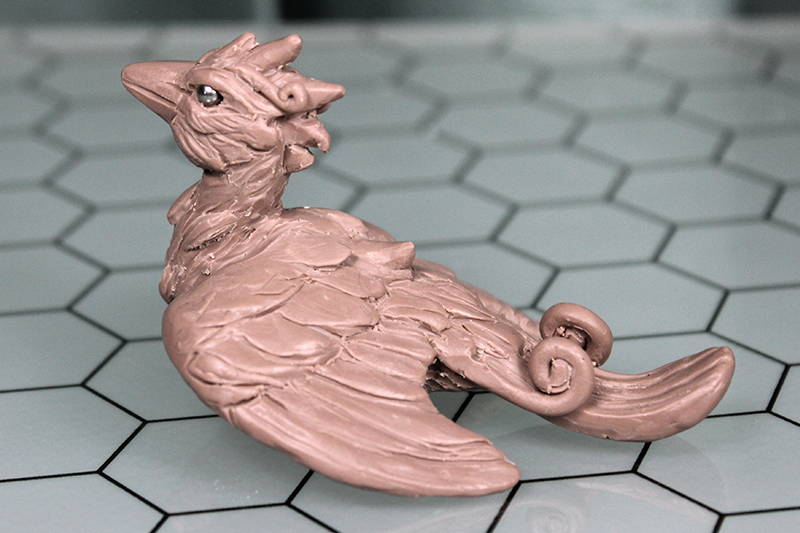 Welcome to the course

1. Meet Your Instructor: Neal Deschain
2. Introduction to the course
3. The tools we will use: opening the Class Kit 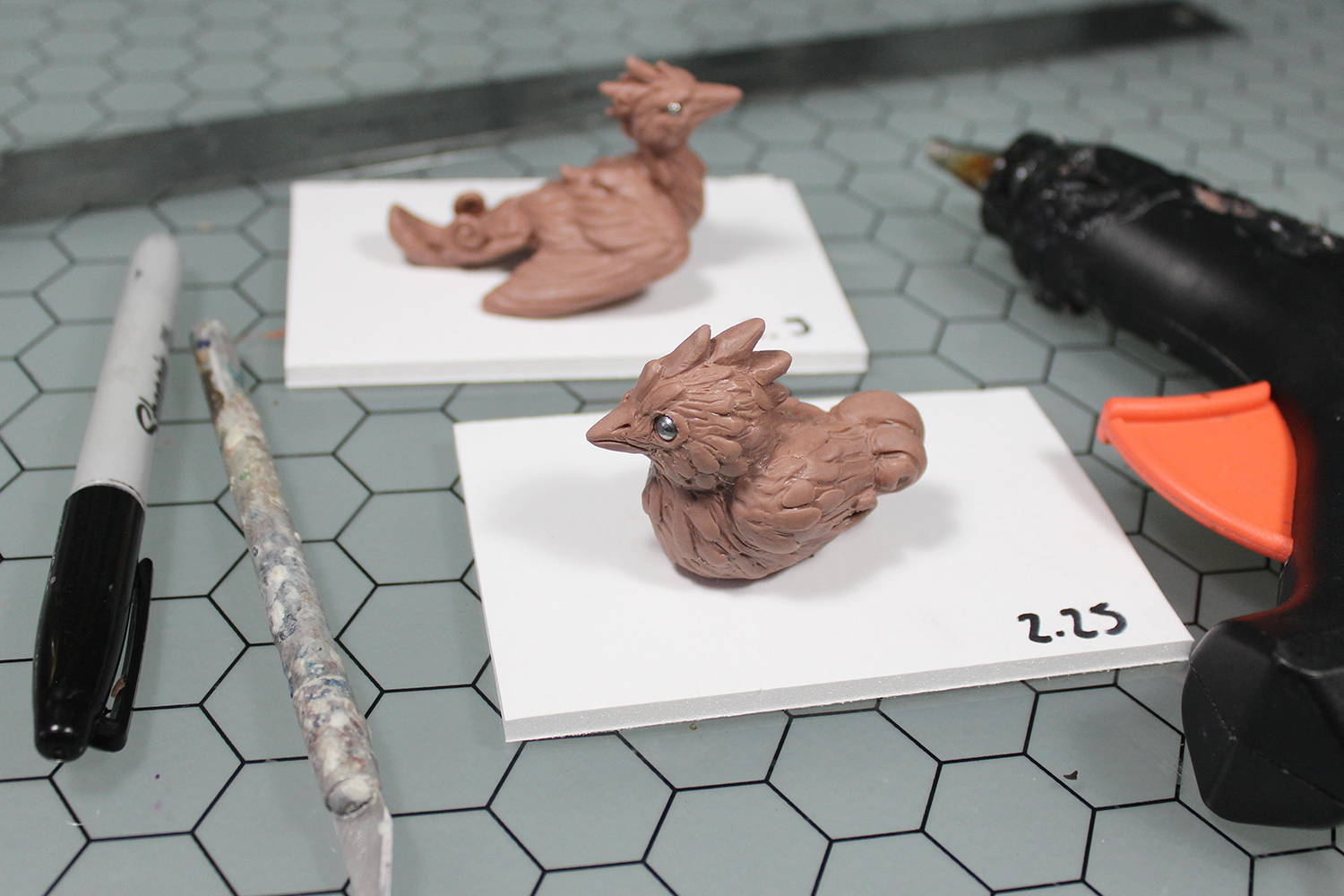 Chapter 2: Molding and Casting a Reproduction

1. Overview of the major steps in mold-making
2. Key considerations when molding and casting
3. How to ensure multiple successful reproductions 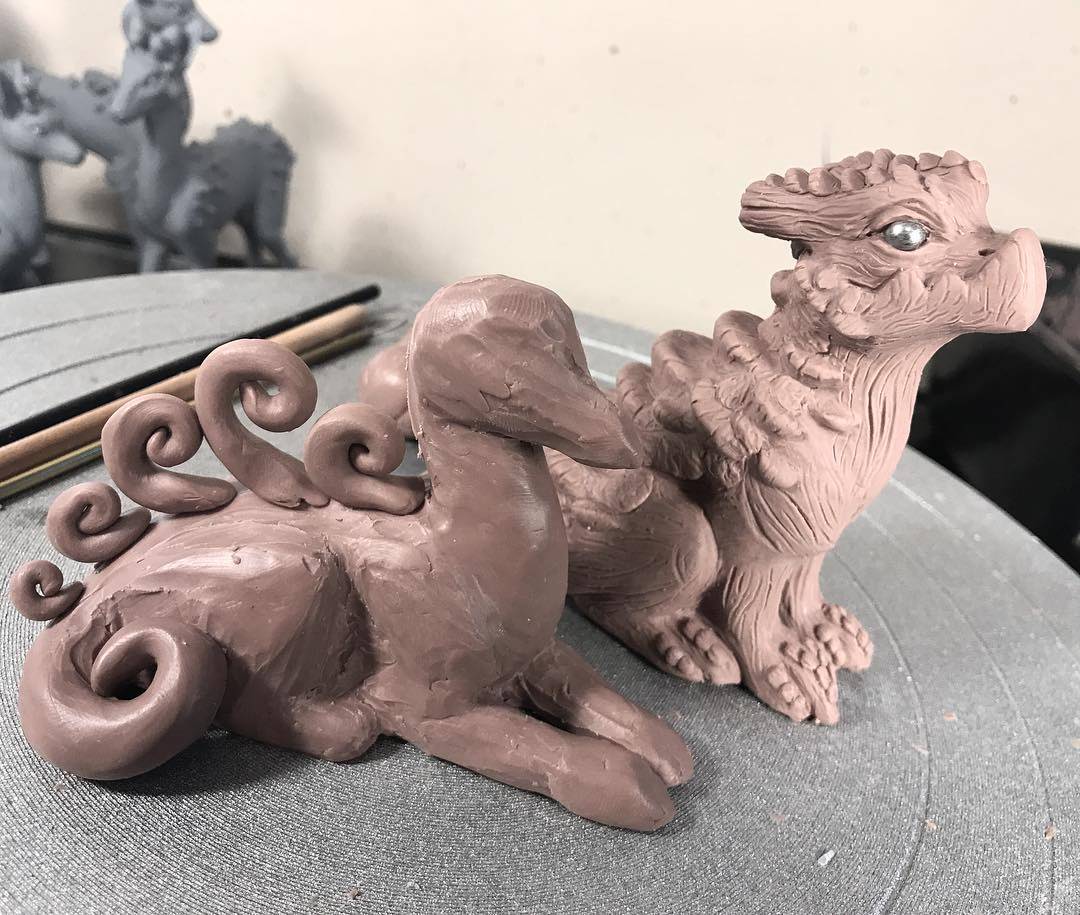 Mission: Follow along with the figure I make and upload it for feedback 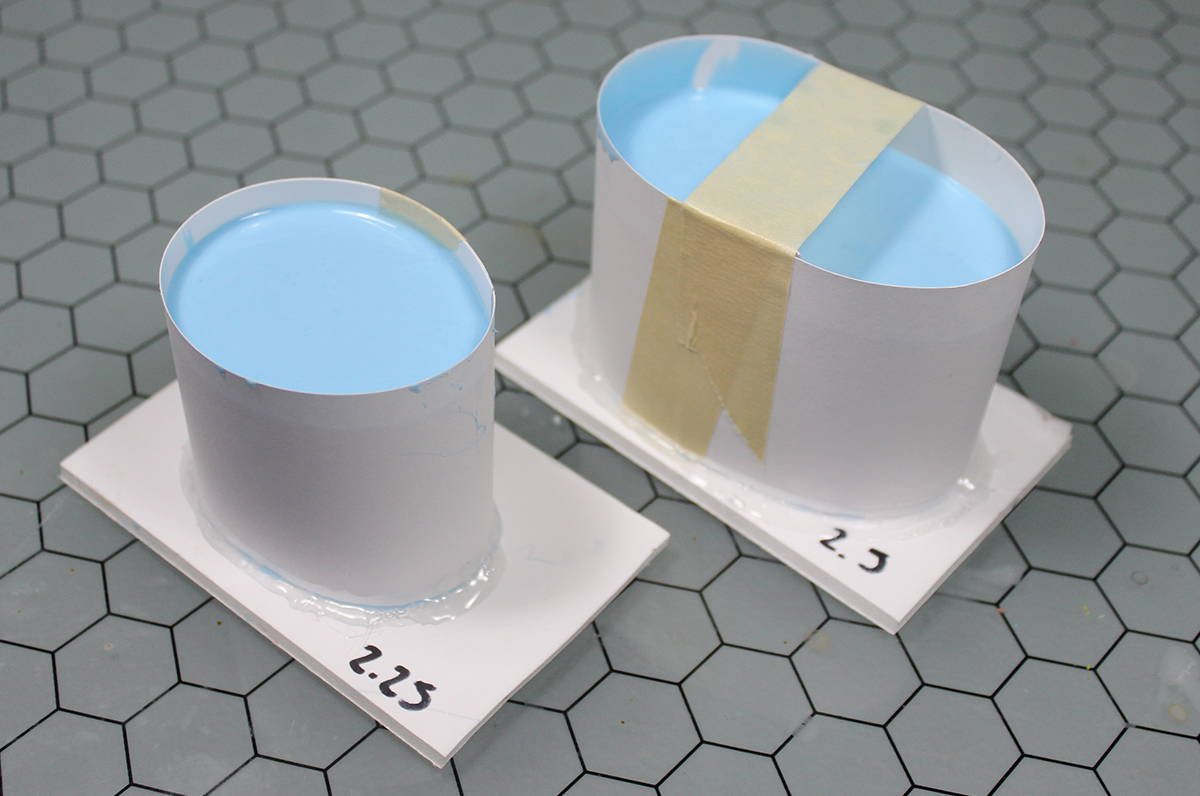 1. Making a mold box around a figure
2. Pouring liquid silicone to make the mold
3. Points to consider to help the mold cure
4. Carefully removing your original figure

Mission: Make a mold box, do a pour and upload the result to get pointers

1. Using liquid urethane resin to finish the mold
2. How to safely mix and pour
3. Tips like how to reduce air bubbles

Mission: Try your first cast, remove the duplicate and upload the finished results for comments on how to best clean it up 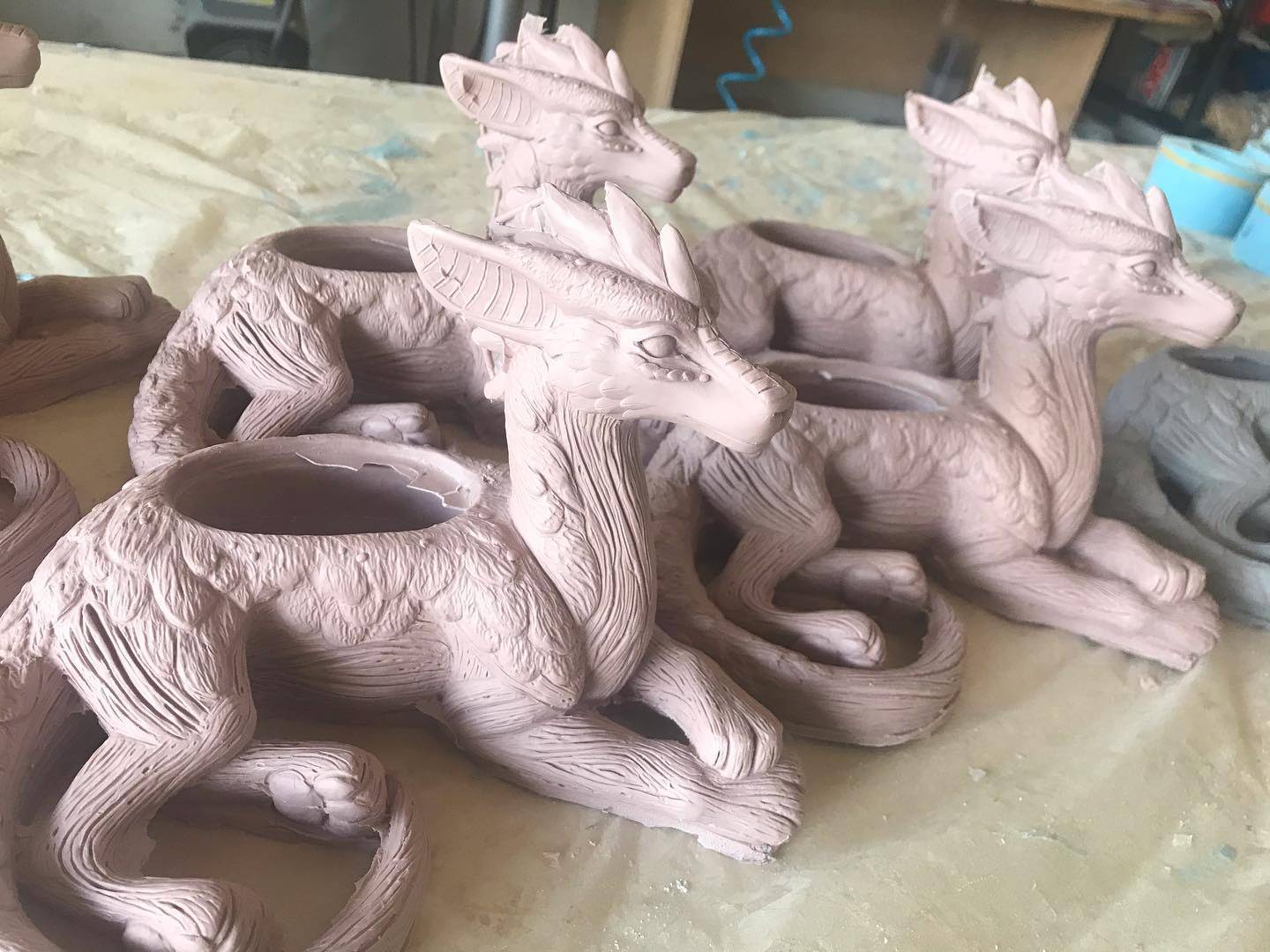 Chapter 6: Cleaning Up for Painting

1. How to sand down seam lines
2. My method to fill gaps and remove air bubbles
3. Primering to smooth out the surface for painting 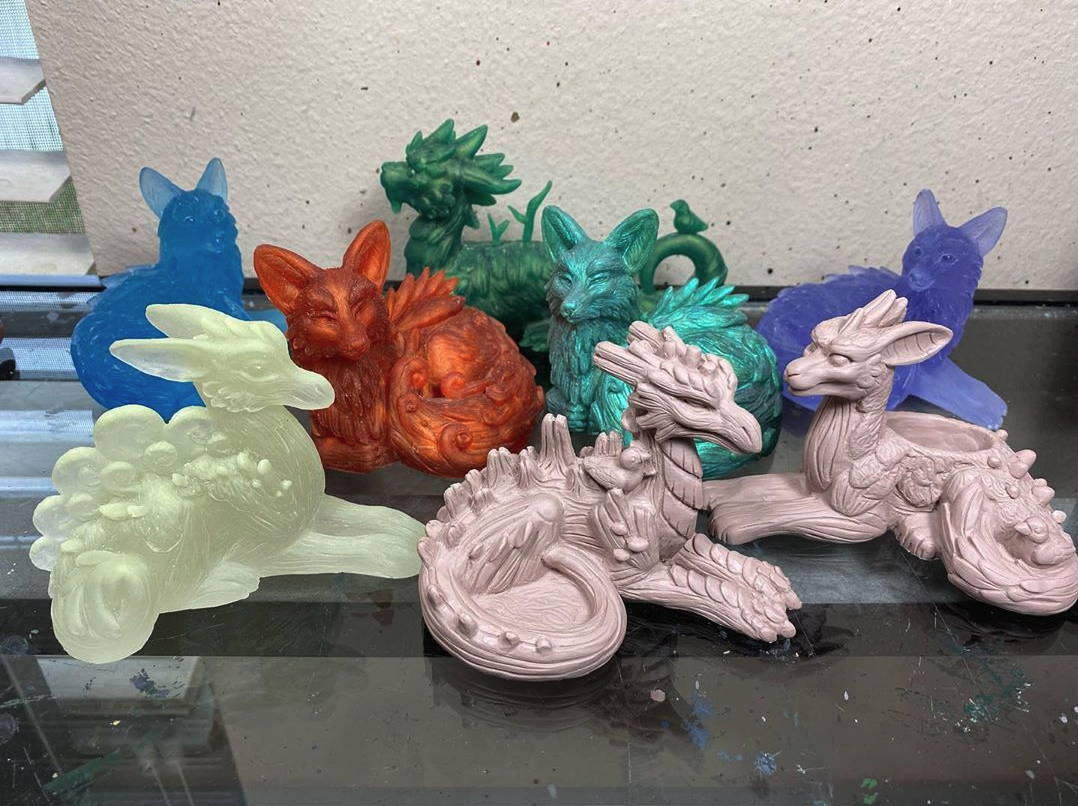 Chapter 7: Creating a Figure from Scratch

1. Sculpting a custom figure from beginning to end
2. Making a mold box with step by step
3. Casting & carefully removing the duplicate
4. Cleaning and preparing for painting 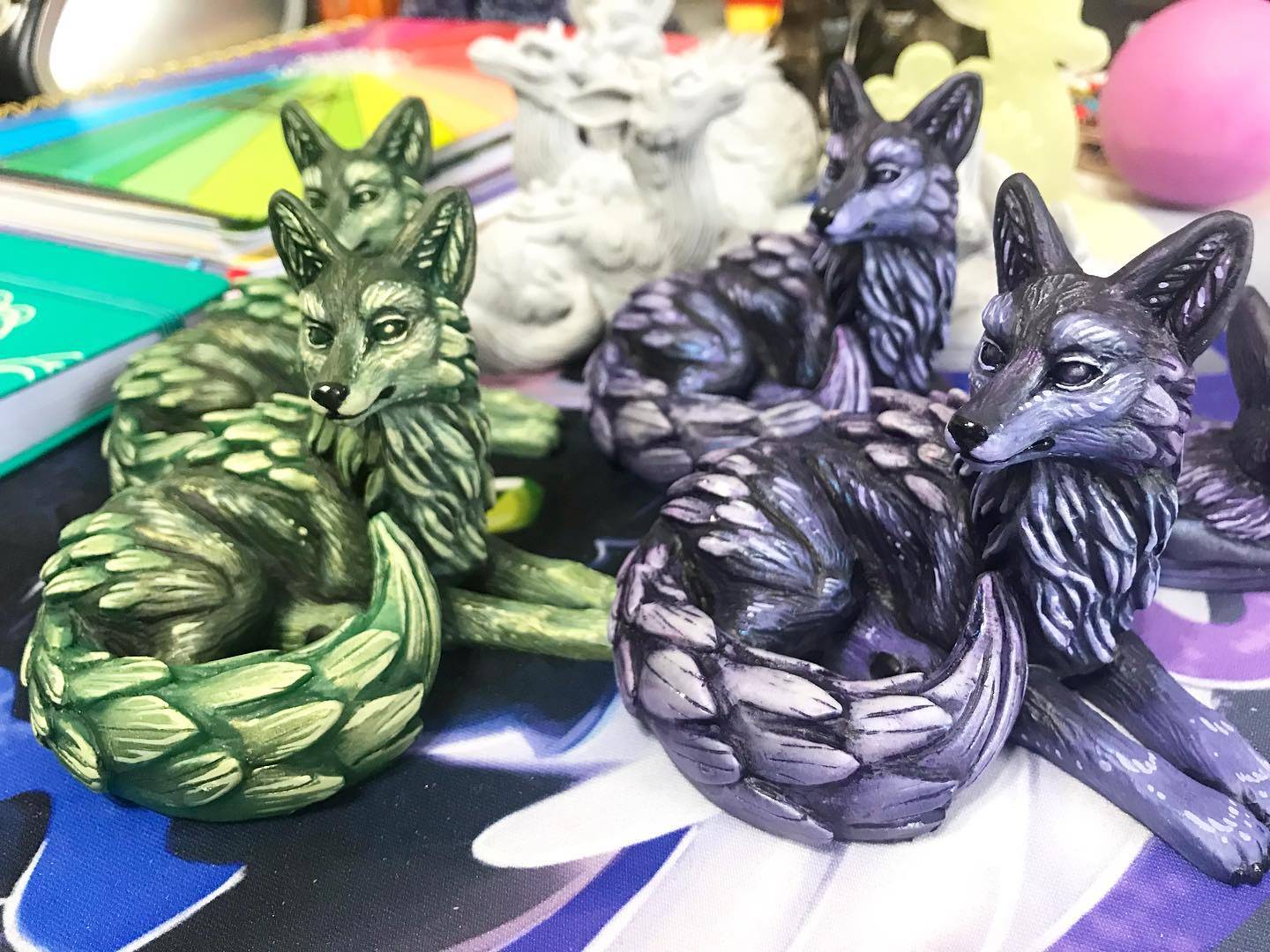 Bonus: The Next Step - Painting!

1. Brushes and acrylic paints I use to color my figures
2. Basic painting techniques and color theory
3. Tips on how to simplify paint work for future duplicates 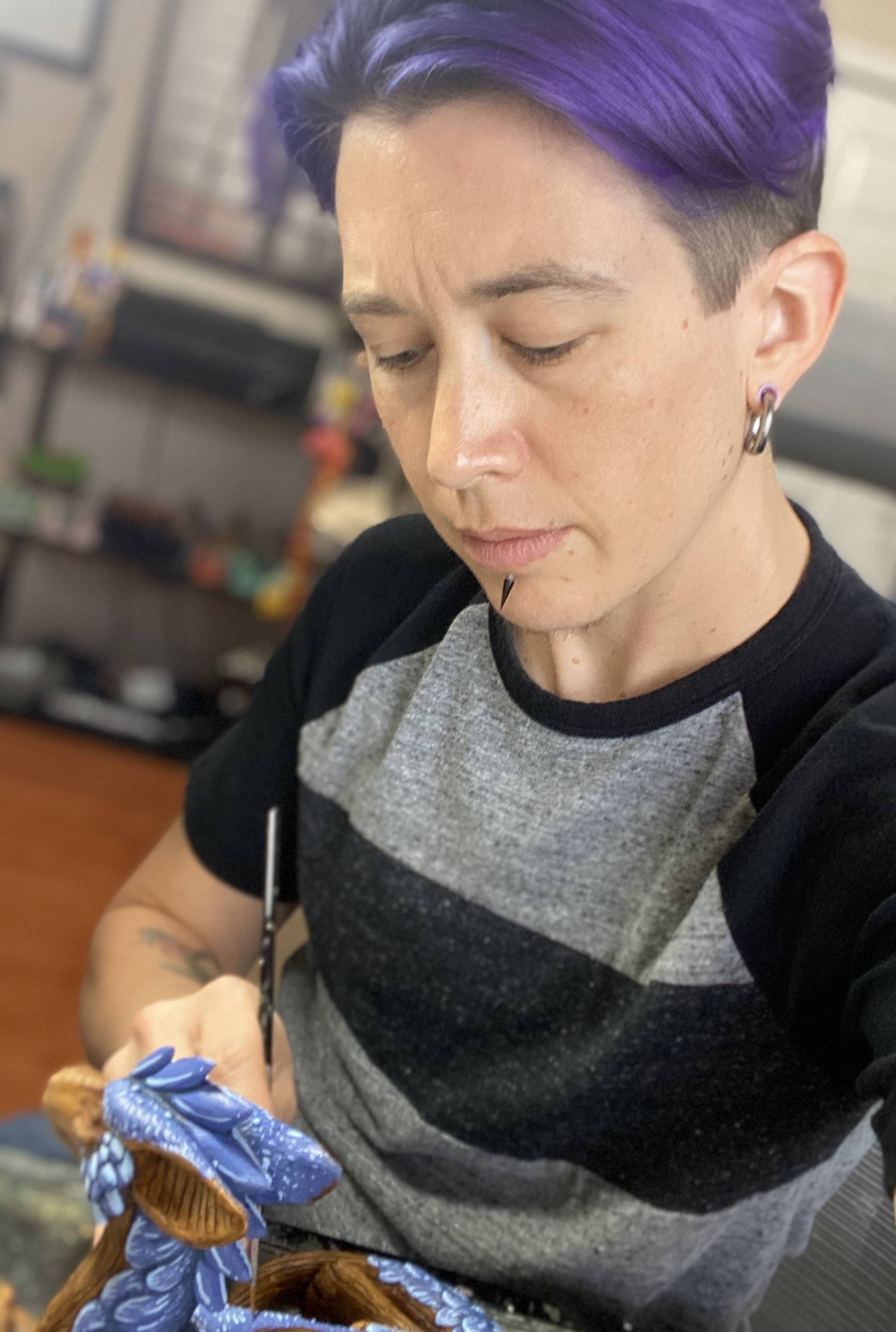 My name is Neal of Verdant Sculpts. I have been sculpting for nearly two decades and have been molding and casting my own figures for almost just as long.

I create full time out of my home studio in Orlando, Florida. Here, I spend my days sculpting my own original fantasy creatures called "The Arbori". I maintain a line of figures, creating my own molds and casts in small batches, and painting everything by hand.

I started sculpting when drawing and 2D art began to bore me. I found myself becoming frustrated that you can only view one angle of a subject in a two dimensional work of art. I sculpted my first dragon in late 2001 and it took off from there.

When I began selling my work, I realized that not everyone could afford original pieces. That is when I learned about the world of molding and casting and began incorporating it into my workflow. I now have a good balance of original works as well as cast figures that I sell to my audience.

I began teaching unexpectedly in 2006. I never thought I would make a good teacher but I took to it very quickly. It is now one of my greatest joys in life to share with others what I have learned myself. 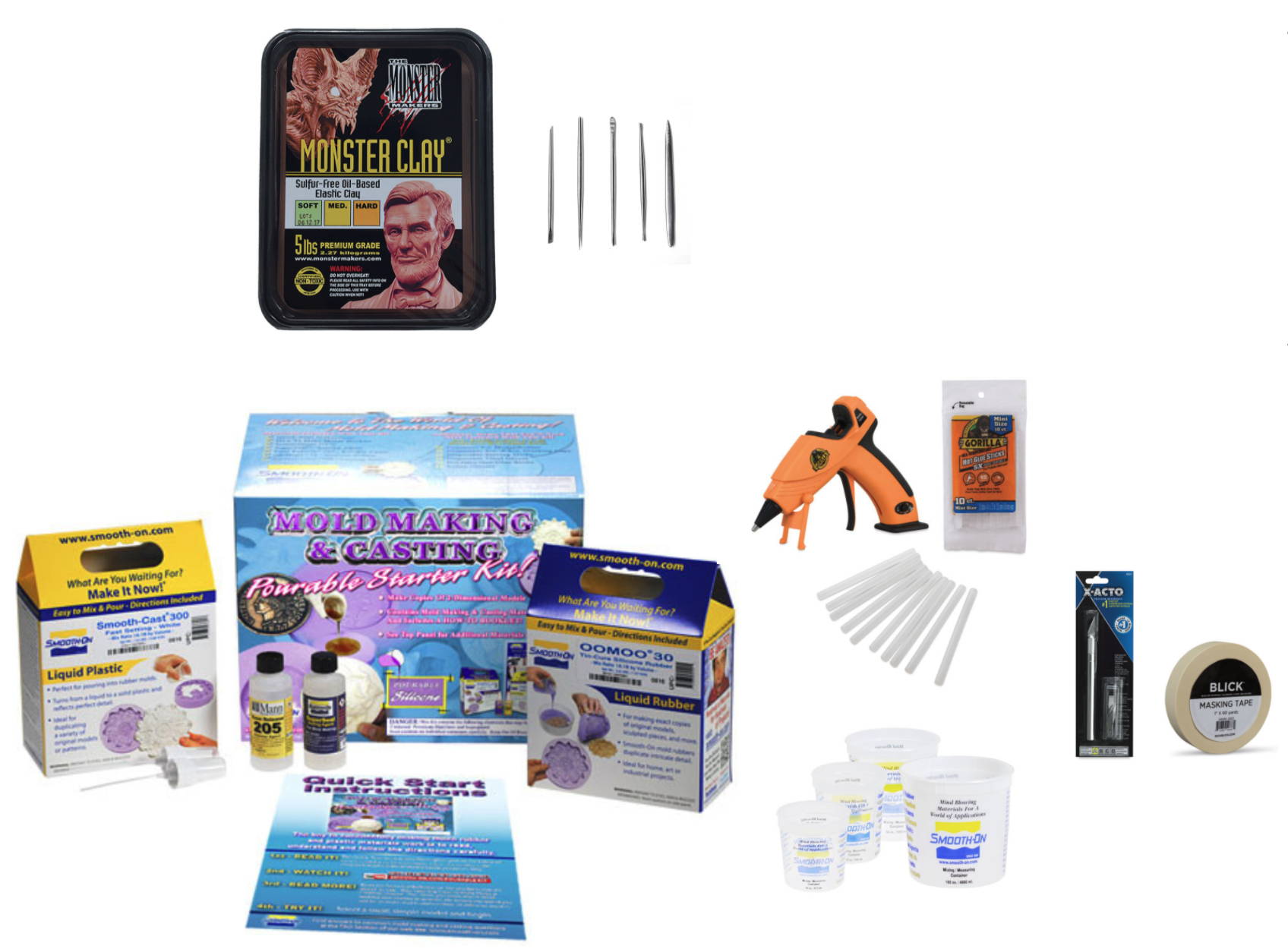 Duration of the Course

You will have unlimited access to the class content for 32 weeks. Within that period, you can play the videos on as many devices as you want.

Once the course is live, it will no longer be offered at Early Bird prices. Right now is the best deal you can get.

Quadpay is available for installment payments. Your purchase can easily be split into 4 installments paid over 6 weeks through Quadpay.

You will be notified via email regarding how to access the class content on the release date.

Sculpt, Mold and Cast Your Own Custom Clay Figures to Make Replications